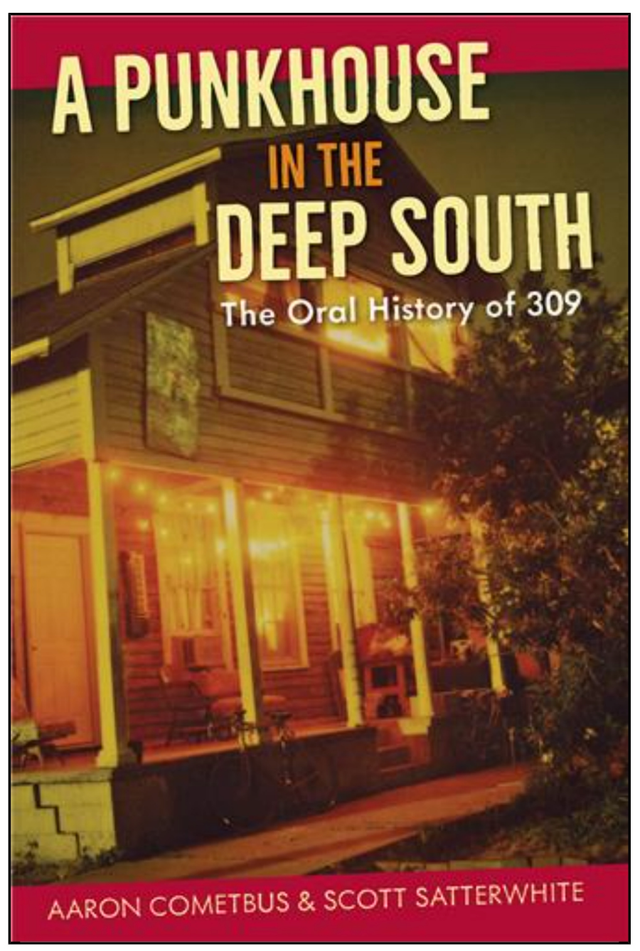 A Punkhouse in the Deep South: An Oral History of 309

Told in personal interviews, this is the collective story of a punk community in an unlikely town and region, a hub of radical counterculture that drew artists and musicians from throughout the conservative South and earned national renown.

Each voice adds to the picture of a lively community that worked together to provide for their own needs while making a positive, lasting impact on their surrounding area. Together, these participants show that punk is more than music and teenage rebellion. It is about alternatives to standard narratives of living, acceptance for the marginalized in a rapidly changing world, and building a sense of family from the ground up.

Including photos by Cynthia Connolly and Mike Brodie, A Punkhouse in the Deep South illuminates many individual lives and creative endeavors that found a home and thrived in one of the oldest continuously inhabited punkhouses in the United States.

Aaron Cometbus has been publishing the zine Cometbus since 1981. He is the author of many books, including Double Duce and I Wish There Was Something That I Could Quit.

​Scott Satterwhite is a historian, educator, and journalist who teaches writing and literature at the University of West Florida. Cometbus and Satterwhite are former residents of the 309 punkhouse.