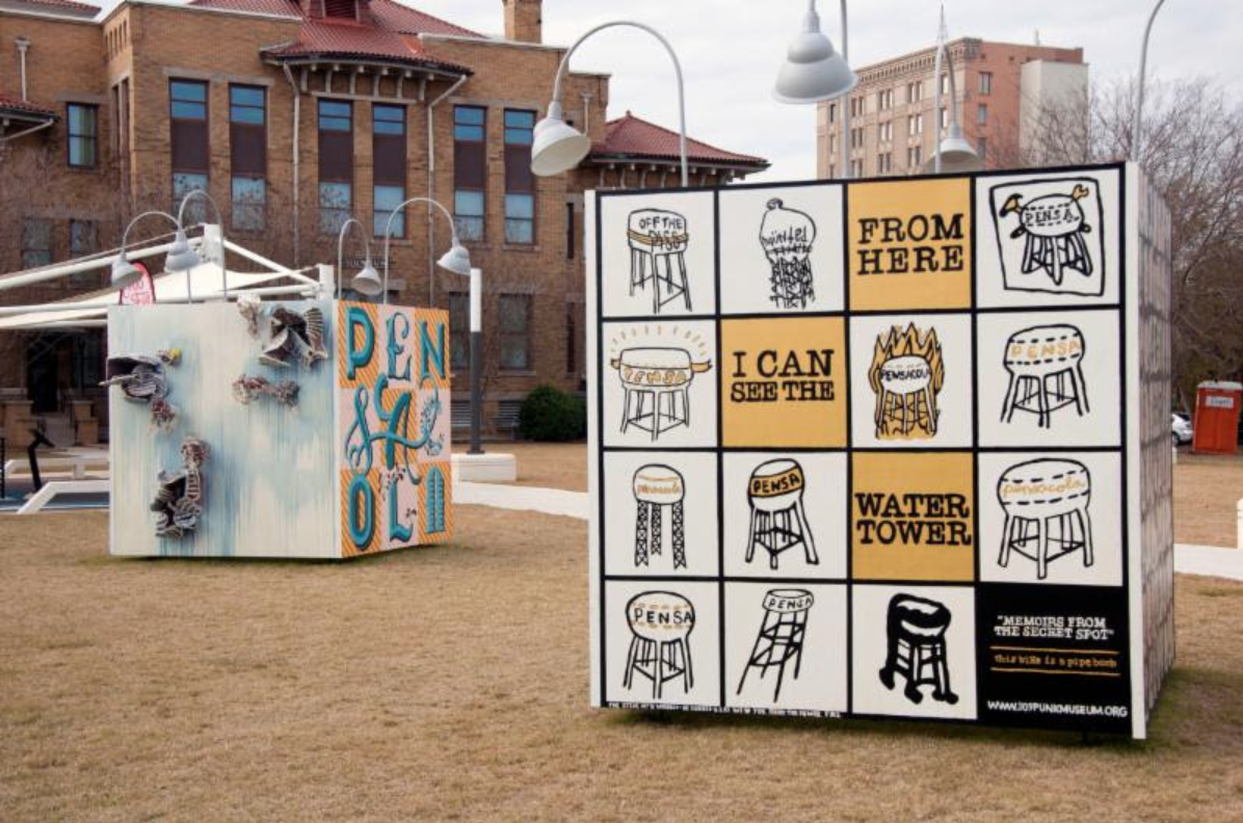 CUBED MURAL
Outdoor Mural Installation November 2, 2017 - September 2020. In downtown Pensacola at Museum Plaza behind the Pensacola History Museum until damaged during Hurricane Sally.
This Outdoor Mural installation offered a Live Mural-Making Performance on November 3-5 , 2017, where the public could engage these artists by witnessing their process and asking questions. CUBED was guest juried by Lyla Catellier who is the Co-Director of Public Programs and Special Events at the Graduate School of Architecture, Preservation and planning at Columbia University in the City of New York (Columbia GSAPP) and was Co-Curated by Evan Levin and Ashton Howard with the Pensacola Museum of Art.
​

Urban Wild is an exhibition that looks for the diversity of art that is practiced throughout the streets, highways, and dirt roads of the South. Taking engagement with public space as the only cue–object making, visual art, collecting, public sculpture and installation abound. These artists draw from graffiti, tattoo, skate, and hip-hop culture, as well as comic book illustration, pop art, folk art, and even old-fashioned sign painting. The traditional dividing lines between high and low art forms are non-existent. This exhibition aims to capture the breadth and diversity of art that makes public place its forum, as the Southern Street becomes a stage and canvas all its own.

Curated by our newly appointed Director of Exhibitions, elizabet elliott, Alabama Contemporary Art Center has enlisted 38 artists from a number of disciplines whose work reflects the social environment, culture, and sub-cultures of life in the South. Artists hail from all over the South, up to and including our own backyard.
​
​